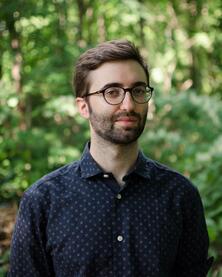 Stefan Lessmann is interested in the cross-cultural relations between German-speaking countries (Austria, Germany, Switzerland) and Latin America.
He received a BA in Philosophy and a BA and MA in Comparative Literature from the University of Vienna, Austria. There, he concluded his studies with a thesis on the cultural conception of Europe in the context of colonialism. The work focused on how the practice of ‘writing’ constituted European identity on a historical and mythological level.
At Yale, he will work on the role of German political theory and phenomenology in Latin American philosophy, including Philosophy and Theology of Liberation; and mapping a joint intellectual history. Furthermore, he is interested in the connections between Austrian and Brazilian poetry in the 20th century (e.g. Ernst Jandl and Haroldo de Campos).