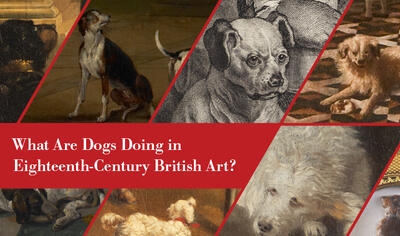 What are dogs doing in eighteenth-century British art?

Prof. Laqueur will be speaking about the ways in which dogs mediate human sociability and more specifically about how they function formally in art to bind together the various elements– human and material– of an image. He will discuss images of dogs in the studies of scholars, like portrait of Walpole and his dog in the Library at Strawberry Hill, and move on to a discussion of the various contexts in which it might be understood: from the paintings of Carpaccio and Rubens to the eighteenth century and beyond; dogs in eighteenth century British art from Hogarth’s “Self Portrait” to the many family scenes of the period; and then more generally dogs in art as they constitute part of a symbolic system– world making and critical in our social cognition. A short coda on interpreting Balak,  the most famous dog in Hebrew literature, in the Isreali Nobel Prize winning novelist Shmuel Yosef Agnon’s greatest novel–Only Yesterday– will get us back to Walpole in his study and the question the lecture poses: what are all those dogs doing in Eighteenth Century British art?