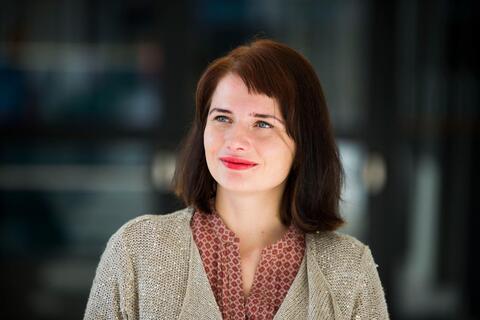 Brief Bio:
Senior Historian-Researcher at the Genocide and Resistance Research Center of Lithuania. Her work is on criminal law and criminal justice in Lithuania and in the Soviet Union after 1917. She also focuses on anti-Soviet resistance, Soviet political trials and deportations, the dissident movement, and historical memory and the culture of remembrance in the former Eastern Bloc and USSR. In 2017 she received a Ph.D. in History from Vilnius University, where she also completed B.A. and M.A. degrees in History. She has been a Research Fellow at the University of St. Gallen in Switzerland (2013-2014), and a project coordinator and research assistant at the Berlin-Hohenschönhausen Memorial (2015-2016). As part of this work she co-authored the section on Lithuania in the study Honoring Civil Courage: Developing Suggestions to Improve the Situation of Victims of Communist State Crimes. Dr. Kareniauskaitė also currently heads a research project at Vytautas Magnus University dedicated to gender-based violence in twentieth-century Lithuania.

Dr. Kareniauskaitė is co-author and co-editor of the book Anti-Communist Opposition in Poland and Lithuania – a Similar, Common, or Parallel Phenomenon? (Vilnius, 2015). Some of her most recent works appears in the article “Gulag Prisoners, Deportees and Their Family Members in the Lithuanian SSR Under and After Stalinism: Legal, Ideological and Social Definitions,” published in Histories (Un)Spoken. Strategies of Survival and Social-Professional Integration in Political Prisoners’ Families in Communist Central and Eastern Europe in the ’50s and ’60s (Münster, 2017).