CLAIS and ESC Reflections on Research Photo and Essay Prize 2020 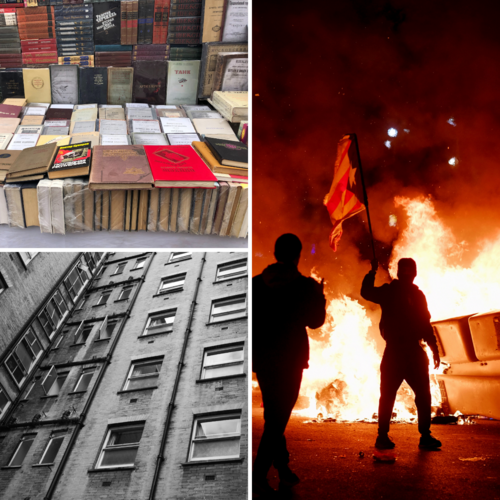 CLAIS and ESC congratulate the winners of the Fall 2020 photo essay competition, “Reflections on Research.” Competition entrants submitted photos and captions, or photos and a brief essay, reflecting on how they have adapted their research pursuits in light of the disruptions caused by COVID-19. Through their submissions, entrants shared their personal answers to the contest’s guiding question: Without access to the sites, archives, and communities that fuel our work, how can we continue to make contributions with our projects?

CLAIS and ESC are proud to share the names and winning entries of the competition: 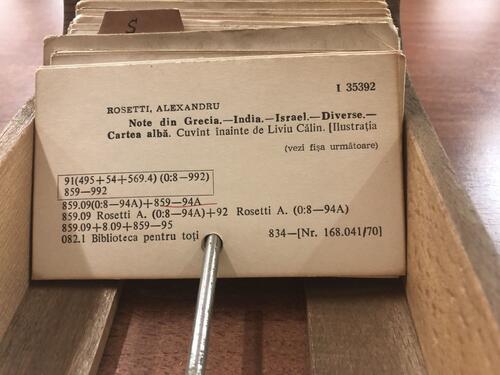 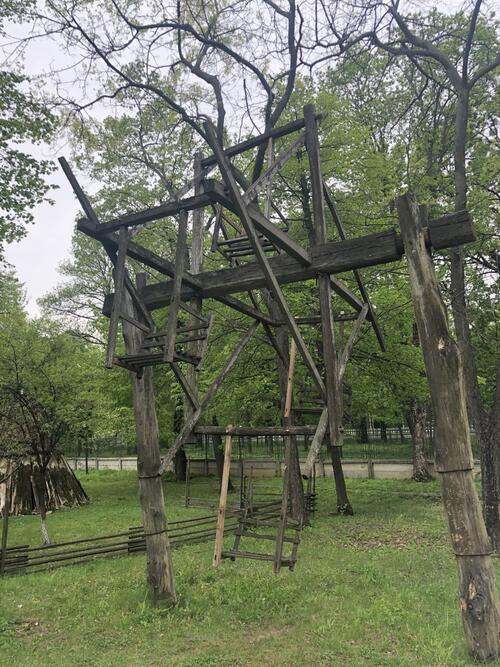 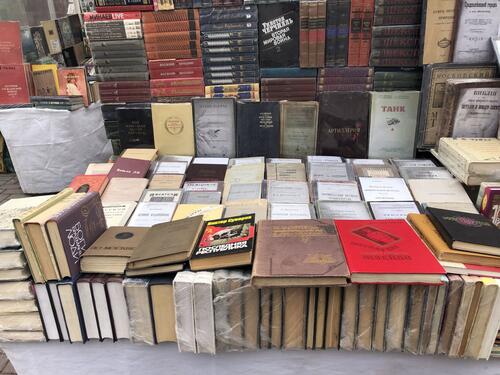 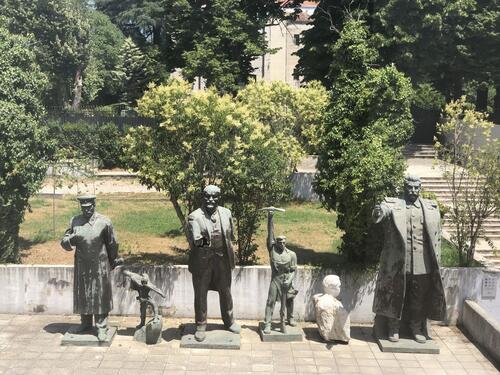 “Reflections on Research” Essay by Orel Beilinson. The following essay and its accompanying four photos received first place prize in the competition. Orel Beilinson is a PhD candidate in History, and a social and cultural historian of modern Central and Eastern Europe.

“In Slavic languages,” Yale’s Marci Shore once noted in an interview, “life happens to you.” She meant that these languages abound with impersonal verbs. It is not you, technically, who is cold but it is cold to you. You don’t get lucky, too. This is not a remark about Eastern Europe but language: The Russian verb повезти, which can inter alia mean “to get lucky,” is one such verb. So good luck, the subject of the sentence I haven’t yet spelled out, happened to me, the recipient or indirect object of that sentence, as I was touring Europe in 2019. Мне [to me] повезло [(it) got lucky].

My stroke of good luck generously started in late 2018. I was able to visit Belgrade in October, Thessaloniki in December, Belgrade in February, Bucharest in April, Moscow in May, Vienna in June, Tirana in July –before crossing the ocean. I was lucky while sorting through archival documents I photographed earlier that day, to have been admitted to Yale. About a semester into my doctoral studies, I exhausted my luck with a final trip in which I intermittently spent time with my family and frequented libraries.

While it seems like мне most certainly did not повезло as I failed to board another plane in early March, I was academically superbly prepared for months of isolation. Having perfected the art of the short research stay throughout 2018 and 2019, I stayed with a few thousand photos of archival documents, I only glanced at in the archive but still took. I had Bosnian newspapers, Romanian protocols, Albanian trials, Turkish manuscripts, Hungarian letters, Slovak suicide reports digitized. I brought back some archival catalogs from France, and a semester at Yale left me with enough failed projects to revitalize.

I quickly found out that quarantine is not for revitalizing projects. It did turn out to be a brilliant time for exploration. If my pre-quarantine self was too eager to move between cities while sampling archives, my current self was also excited about the deception of newly-freed time to do anything but follow random threads. The delusion of omnipotence spawned by the obligation to stay home prevented me from writing the three journal articles I thought I’d write. Instead, seven months later, my historical imagination grew exponentially better.

Thus, most mornings began following a random page amidst an assortment of sources down a new rabbit hole. An Albanian murder case had me thinking for a week or two about how the Albanians of 1912, now having their own country for the first time in modern history, had to develop their own legal system. The following week extended this discussion to Yugoslavia, whose half a dozen constituent parts had to build a composite and unified legal system. I even read about pregnancies in interwar Romania for a few days.

Normalcy, history teaches, eventually (re-)emerges. Instead of ushering it in, I suspended it. A year of adventures abroad allowed my adventures at home, with masses of papers collected and a deluge of online resources. I do know a lot more about Europe now. Much more unexpected things. Acquired in spontaneous hypertextual trips. At the most unpredictable year. 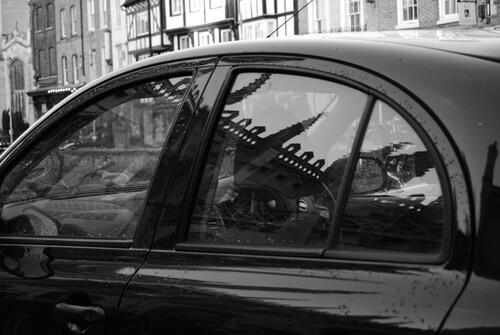 In March 2019 I visited the UK with a graduate seminar taught by Professors Bruce Gordon and John Rogers. Sponsored by the Institute of Sacred Music, we were scholars in pursuit of the likes of Milton, Herbert, and More. Visiting Cambridge University, wandering the town and colleges, one could feel the presence of almost a thousand years of scholarship. Touching a Tyndale Bible in the Wren Library while saluting the works of Newton on a nearby shelf, for a historian like myself that is a religious experience. I love to explore new places by wandering, and so on a rainy morning I took my camera out to walk the streets and photograph the spires, the mix of modern students, gothic spires, and Tudor row houses. When I spotted raindrops glistening over the dramatic reflection of one of the river colleges, I snapped this image to capture the modern BMW sandwiched between historical architecture. My grandmother lived in Cambridge as a little girl, and this photo shows the many layers of history which haunt that beautiful place like friendly ghosts. 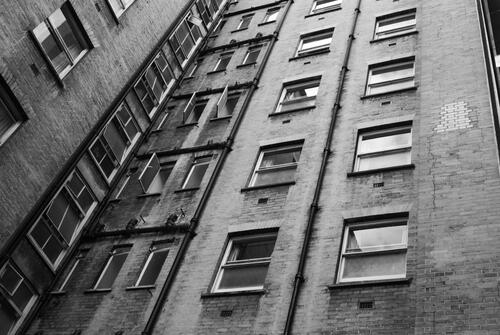 In London in the summer of 2019 for research in the London Metropolitan Archives, I walked almost everywhere. When the archives was not open, I would walk all over London. I tried to look up more, and saw this building’s perfect geometry, a window open here and there. It reminded me of the Berlin school of photographers whose work makes simple architecture into art. 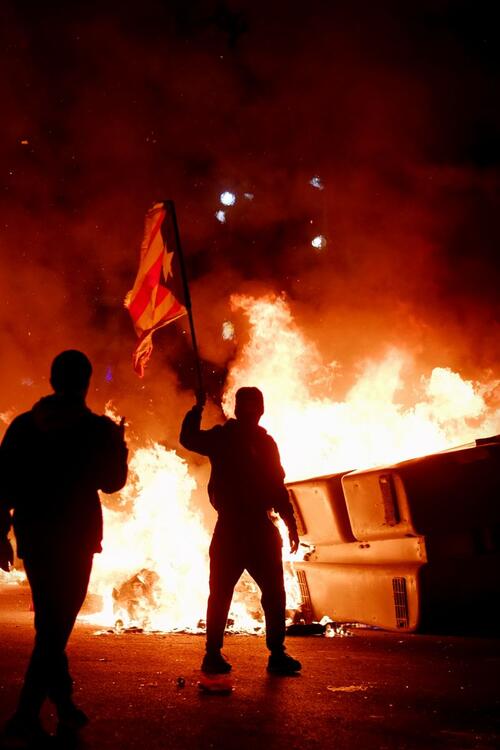 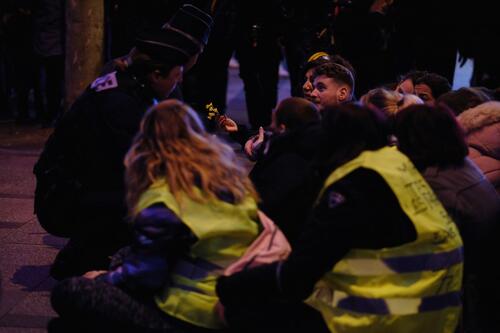 The Yellow Vests Movement on the Champs-Élysées, Paris. A Protestor offering the police a bouquet of yellow flowers. (January 6, 2019)