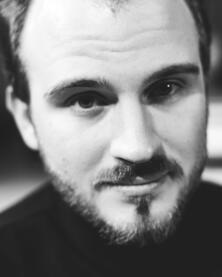 I am Luhansk native historian of the Soviet Union and an acidental sociologist.

Prior to the outbreak of war in 2014, I studied history at the Luhansk Taras Shevchenko National University, where I earned a BA in History and Pedagogy. After leaving my hometown in October 2014, I attended the Ukrainian Catholic University (Lviv), where I earned an MA in Modern History of Ukraine, and then worked as a Visiting assistant in research at Yale University. I was also a Global Dialogues Fellow at New School for Social Research (New York) in 2018.

Since 2015, I have conducted over twenty qualitative studies on the experience and life of Internally displaced persons (IDPs) in Ukraine, as well as the everyday experience of Ukrainian citizens living close to the frontline, for various international and domestic organizations, such as UNDP, USAID, UN Women, ICRC, Danish Refugee Council, People in Need, etc. Recent research focuses on the well-being of IDPs during the pandemic, as well as perceptions and expectations of peacebuilding initiatives in Ukraine.