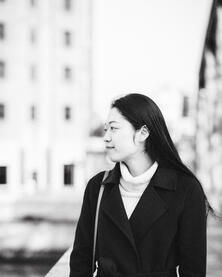 Yingqi is a PhD candidate in the Department of Political Science, studying political thought and intellectual history. Her current study examines education as a project of political philosophy within the contexts of French and German Enlightenments. Yingqi also maintains interests in hermeneutics, philosophy and literature, the history of universities, and the life of the “liberal arts education” in the liberal world and beyond.

Before joining Yale, Yingqi received her B.A. in Philosophy from Barnard College of Columbia University. She has also completed coursework in Berlin, Heidelberg, Paris, and Shanghai. Her research has been supported by the Max Kade Foundation and the Baden-Württemberg Foundation.