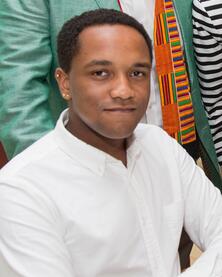 Xavier Lee is a second-year doctoral student from South Orange, NJ. He received his Bachelors in comparative literature from Swarthmore College in 2017. His project examines the intersections of race, place and belonging in narratives of metropolitan migration in African, African-American and West Indian literature. In particular, he looks at the affect of alienation as a response to the racialized otherness which Black people experience in Western nations, such as the United States, France and the United Kingdom. His work in European Studies thus studies discourses of European racial and ethnonational identity, primarily in the era succeeding the fall of the British and French empires. One of his prominent research questions is: Can someone be Black and European?