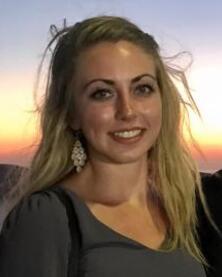 Soffia is a third year PhD student from Iceland in the History of Art department studying ancient Greek art. Her research focuses on the intersections between art and religion, particularly on the relationships between the imagery of Archaic and Classical pottery and the visual landscape of Greek sanctuaries. She is also interested in the historiography of Greek vases, and the influence of various art movements in Europe from the 18th century to the present on the scholarship of Athenian pottery. At Yale, Soffia works as a curatorial intern at the Yale University Art Gallery. Before moving to New Haven, Soffia received her M.A. from the University of Toronto, worked as a language teacher at the International School of Iceland, and as a protocol assistant at the Embassy of the United States in Reykjavik.