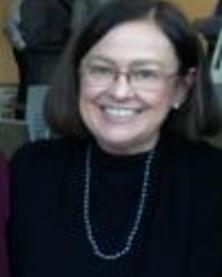 In 2015, Rolena Adorno received the Modern Language Association’s Award for Lifetime Scholarly Achievement. In its citation, the MLA described Adorno as “a premier scholar of colonial Spanish American literary and cultural history, a field that she helped bring out of the shadows starting forty years ago.”

Adorno’s prize-winning books include The Polemics of Possession in Spanish American Narrative (2007, 2014), which was awarded the MLA’s Katherine Singer Kovacs Prize. Revealing the interdisciplinary breadth of her work, her co-authored three-volume study, Álvar Núñez Cabeza de Vaca: His Account, His Life, and the Expedition of Pánfilo de Narváez (1999), received prizes from the American Historical Association, the Western Historical Association, and the New England Council of Latin American Studies.

Adorno is the editor of From Oral to Written Expression: Native Andean Chronicles of the Early Colonial Period (1985); Transatlantic Encounters: Europeans and Andeans in the Sixteenth Century (with Kenneth J. Andrien, 1991); The Narrative of Cabeza de Vaca (with Patrick C. Pautz, 2003); and the print and digital editions of Guaman Poma’s Nueva corónica y buen gobierno (with John V. Murra and Jorge L. Urioste, and Ivan Boserup, respectively).

She has introduced the most recent English- and Spanish-language editions of Irving A. Leonard’s classic Books of the Brave (University of California Press, 1992), Los libros del conquistador (Fondo de Cultura Económica, 2006).

In 2003 Rolena Adorno received the Graduate Mentor Award of the Graduate School of Yale University; in 2001, she was honored with a Distinguished Alumni Achievement Award from the University of Iowa, her alma mater.

She has held fellowships from the National Endowment of the Humanities and the John Simon Guggenheim Memorial Foundation. She is an Honorary Associate of the Hispanic Society of America and she holds an Honorary Professorship at La Pontificia Universidad Católica del Perú.

Adorno is a member of the American Academy of Arts and Sciences.