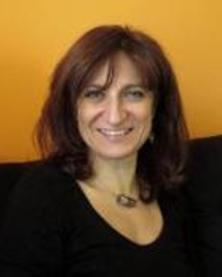 My research investigates how the interactions between humans and artifacts shaped the production of natural knowledge in the early modern period. My approach brings together the history of science with the history of technology and the history of medicine, as well as more broadly, cultural and economic history, art history, social studies of science and technology, and studies in material culture.

By exploring the relationship between humans, artifacts and natural knowledge, I seek to understand the ways in which this relationship shaped or challenged perceived boundaries between the natural and the artificial, the hand and the mind, knowing and making, science and industry, individual profit and public utility. I am also interested in the role of artifacts in the articulation of Enlightenment epistemic categories (such as natural order, the “normal” body, human progress), as well as in the scientific, commercial, political, and social networks that scientific and technical artifacts created.

I have published widely on the involvement of the human body in electrical experiments, on collecting and museums, on the public culture of science, as well as on industrial espionage and secrecy. My first book focuses on scientific culture, particularly electrical experimentation, in 18th-century Italy, Viaggio nel paese delle meraviglie. Scienza e curiosità nell’Italia del Settecento, (“A Journey in the land of marvels: Science and curiosity in 18th-century Italy”, 2007). I also co-edited a volume on the history of the medical applications of electricity (Electric Bodies. Episodes in the history of medical electricity, 2001).

My second book, Artisanal Enlightenment: Science and the Mechanical Arts in Old Regime France (Yale University Press, 2017), argues for the centrality of the mechanical arts and the world of making in the Enlightenment. With a radical shift of historical actors, it brings to the forefront the figure of the artiste, a learned artisan who defined himself in contrast to philosophers, savants, and routine-bound craftsmen. Artisanal Enlightenment was the second-prize winner in the 2018 John Pickstone prize awarded by the British Society for the History of Science.

I have been active in bringing the history of science to the broader public. Betweeen 2004 and 2007 I collaborated on the renovation of the Museum of the History of Science in Florence, now Galileo Museum, where I curated two permanent galleries: The Spectacle of Science and Science at Home. At Yale, I teach courses on The Scientific Revolution, The Art and Science of the Body, Collecting Nature and Art, History and Material Culture.

My work has been acknowledged with the 2016 Margaret W. Rossiter Prize for best article on the history of women in science awarded by the History of Science Society, and the 2015 Clifford Prize for best article in 18th-century studies awarded by the American Society for Eighteenth Century Studies. In 2012 I received the Poorvu Family Award for Interdisciplinary Teaching from Yale College.

“Shocking Subjects. Human experiments and the material culture of medical electricity in eighteenth-century England”, in Erika Dick and Larry Stewart (eds), The Uses of Humans in Experiment: Perspectives from the 17th to the 20th Century (Leiden and Boston: Brill, 2016)“Artisanal Knowledge, Expertise, and Patronage in Early 18th-Century Paris: The Société des Arts”, Eighteenth-Century Studies 48 (2015), 159-179 (with Olivier Courcelle)

“The In/visible Woman: Mariangela Ardinghelli (1730-1824) and the circulation of natural knowledge between Paris and Naples”, Isis 104(2013): 226-49 (winner of the Margaret Rossiter Prize for best article on the history of women in science published in the previous four years, awarded by the History of Science Society)

“Designing the house of knowledge in 18th-century Naples; the ephemeral museum of Ferdinando Spinelli, Prince of Tarsia”, in Jim Bennett, Sofia Talas (eds), Makin Science Public in the Eighteenth Century: The role of Cabinets of Experimental Philosophy. Brill (2013)

“Revealing sparks: John Wesley and the religious utility of electrical healing”, British Journal for the History of Science, 39 (2006), 341-62

“Promethean Sparks: Electricity and the order of nature in the eighteenth century”, in S. Zielinski, S. Wagnermaier (eds.), Variantology1. Diverse Historical Approaches Towards an Archaeology of Media, Technology and the Arts, Cologne: Walther Konig, 2005