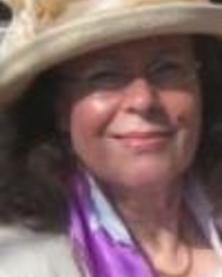 Milan Kundera: In Search of Identity—Critical Approach to Existential Possibility in His Personae. A critical approach to uncovering Milan Kundera’s identity through his fictional chatacters, with references to Milos Forman, Goh Poh Seng, and Wang Xiaobo. Solicited by Lexington Books, and forthcoming in October 2017 (260 pages).

Beyond the Imaginable: 240 Ways of Looking at Czech. Práh Publishers, 1999. Includes revised and updated “Czech List” entries published in The Prague Post between 1993 and 1998. Provides an easy approach to linguistic insight into Czech, literature and culture. Aimed at students of Czech, tourists, and anyone who finds learning Czech difficult (320 pages).

72 Discussions of the Czech Language. Práh Publishers, 1995. A shorter version of the popular Beyond the Imaginable: 240 Ways of Looking at Czech (80 pages).

Kids For Kids, Co-author and Editor of English language project for Czech schools. Práh, 1993. A story written in English with generous practice for Czech children to gain basic comprehension of English and learn vocabulary in a natural storytelling context (63 pages).

“Heritage Speakers of Czech: Identifying Problems and Finding Solutions” (in  progress: will be ready for submission to Heritage Language Journal in fall 2017).

“An Intentional Literary Device: The Czech Unbearable Lightness in Kundera’s French Being.” Kosmas: Czechoslovak and Central European Journal. Vol. 12, No. 2, 1997.

“A Reflection on The Burden of Being in Havel’s Largo Desolato.” Journal of Czechoslovak and Central European Studies, Vol. 8, No. 1/2, Summer/Winter 1989.

“A Voice of Conscience in Ivan Klíma’s Play The Minister and the Angel.” Kosmas, Spring, 1988.

“The Unifying Role of Devětsil: Vítězslav Nezval and Jaroslav Seifert.” Fait AcCompLit, Literary Journal at the University of Alberta, Vol. I, No. 3, 1988.

Wrote a speech for the White House for President Bush to deliver during his visit  of Slovakia, February 2005.

Interviewed by Tania Pampalone to contribute on American children assimilation in Czechoslovakia, The Prague Post, Vol. 2, No. 46, 1992.

Interview by Ken Gewertz to contribute on Czechoslovakia for “Reflections on Eastern Europe,” Harvard University Gazette, March 2, 1990, Vol. LXXXV, No. 2, pp. 9 and 10.

Reviewed about 30 books on Czech and Slovak literatures for World Literature Today, and on Czech language for various professional journals (1980-present). Of note are:

Review of Jiří Hájíček, Rustic Baroque, to be published in The Czech Language News, Winter 2017.

Review of Sándor Márai, Embers for the Yale Review of Books, Spring, 2004.

Among the Sinners, a novel. Reflecting Kundera’s playful style of “lightness of form and heaviness of inquiry,” Among the Sinners makes allusions to Giovanni Boccaccio’s The Decameron. Just like ten young people who flee from plague-ridden Florence to an abandoned mansion in medieval times, ten young sinners from various countries hide in

“Decameron,” a former mansion near Boston, hoping to escape the 21st century persecu-tion of illegal immigrants. A story of each sinner uncovers a fascinating emotional and dramatic journey, focusing on the internal world of Czech lovers, Milena and Cyril, and their search for zázemí, a concept of home-feeling for which Czech has a special word. The novel pinpoints the impact of the current globalization on humanity. Práh Publishers International Edition, 2013 (304 pages).

An excerpt from a novel, Just a Coincidence. Kosmas: Czechoslovak and Central European Journal. Vol. 13, No. 1, 1998.

“The Dinner Invitation,” a short story about a young Soviet Jew in the United States. Deals with cultural insecurities, alienation and communication problems. Published in English and Polish. Language Bridges. Vol. 5, No. 3, 1993.

“The Unforgettable Christmas,” a short story about the first Christmas of a teenager in immigration. AIM Magazine, 1994.

The Best 300 Professors, The Princeton Review, published by Random House, 2012

Karen von Kunes, PhD, Senior Lector, Slavic Languages, Yale University Karen von Kunes, who teaches Slavic languages and literatures at Yale University, tries to inspire students to value knowledge above grades. In her own words, success as a teacher means having stimulated students’ intellectual curiosity and love for learning, and “awakened compassion for human beings and to understand a problem under discussion at a large scale.”

Professor von Kunes is also a prolific translator and the author of several Czech language textbooks. Her classes focus on the Czech language, contemporary Czech literature and film, and Czech culture, and she currently teaches Elementary, Intermediate, and Advanced Czech, as well as popular courses titled Milan Kundera: “The Czech Novelist and French Thinker” (which one student refers to as “the capstone of my college experience”); Milos Forman and His Films; and In Kafka’s Spirit: Prague Film and Fiction. She sees her role in the classroom as helping the students bridge the intellectual connections between that which they read outright, and that which they discover themselves.

“My approach is to make students think, to see the invisible and discover the unknown, to making connection at the global level, to see patterns and similarities within one system (for instance, Czech language), [and] to project the theory of literature or film not only to the text or screen but also to real life and life experience,” she says. “Not only does she teach us the language effectively, she gives us a great sense of Czech culture,” says a student.

Students are encouraged to see their own experience (intellectual, everyday, etc.) as a part of human condition, and to think “out loud” in class, so their ideas and concerns are viewed and discussed by the whole group. “Essentially, I encourage students to be participants while I myself retain a role of a coach,” she says, “those who have taken her classes commend her for being “more interested in having her students become deeper, more thoughtful people than in drilling useless facts into them” and praise the fact that she “makes difficult Czech concepts manageable and never ceases to provide encouragement and motivation.”

Excerpt from Among the Sinners

It was an enormous crowd of people, all driven by the idea of their better future. Their desire of that future was like a tourist attraction: a golden carriage driven by horses to the upcoming show.

Cyril struck up a friendship with an older Slovak boy, the only kid who spoke his language. The teenage boy amused camp children by playing magic tricks.

“Magic is the secret to life,” he explained. “To women, to everything.”

Cyril decided to unravel that secret. One day, he would, he promised.

“If you do,” the Slovak boy assured him, “you’ll be among the most powerful people in the world.”

“Yes, with a beach,” confirmed his new friend. “With soft white sand and blue waves.”

It wasn’t until one year later that Cyril had an opportunity to see that ocean beach.

It was in New Bedford, Massachusetts. The sand was dirty and didn’t feel soft. The waves were dark and uninviting.

But it didn’t matter. It was too late.

He felt betrayed by his mother’s promises and brought that betrayal with him. He has been dragging it along; along with his mother’s guilt, all his life, like an extra piece of luggage, an invisible valise filled with the water of blue waves and white beach sand. He considered it the heaviest of all the baggage he had ever carried.

There was no escape from it. He carried it non-stop, day and night; the very same way Helen carried her breasts, the ocean blue waves of his desire.