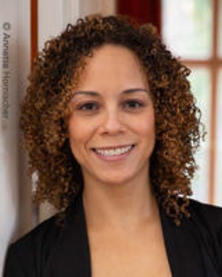 Jennifer Allen is a historian of modern Germany with a particular interest in late twentieth-century cultural practices. She is currently working on a book manuscript titled In Pursuit of Sustainable Utopia: Art, Political Culture, and Historical Practice in Germany, 1980-2000. In it, she charts the history of Germany’s relatively recent efforts to revitalize the concept of utopia after the wholesale collapse of Europe’s violent utopian social engineering projects by the end of the twentieth century. She argues that, contrary to popular accounts, German interest in radical alternatives to existing society had not diminished. By braiding together case studies from three different milieux—the Berlin History Workshop, the German Green Party, and a loose collection of artists of public space—Allen demonstrates that Germans chose to resist an increasing sense of political disenfranchisement, social alienation, and cultural impotence in the 1980s and 90s. Instead, they pursued the radical democratization of politics and culture in everyday life through a series of grassroots cultural projects. These groups not only envisioned a new German utopia but attempted to enact their vision. In doing so, they reclaimed utopian hope from the dustbin of historical ideas.
In a related research project, Allen traces how Germany’s grassroots commemorative practices became a model for international communities as diverse as Moscow and Buenos Aires over the past thirty years. Her article explores the rise of a global phenomenon in which citizens create extensive decentralized monuments to the victims of mass atrocities and embed them in the spaces of everyday life. Germany’s popular Stumbling Stones project [Stolpersteine] serves as a central point of reference in this story.
Allen received her B.A. (2006) in political and social thought from the University of Virginia and her M.A. (2010) and Ph.D. (2015) in history from the University of California, Berkeley. Her work has been funded by the German Academic Exchange Service; the Institute for International, Comparative and Area Studies at UC San Diego with support from the Thyssen Foundation; and the Institutes for European Studies and International Studies at UC Berkeley. At Yale, Allen teaches undergraduate and graduate courses on modern German history, the theories and practices of memory modern Europe, and the history of the Holocaust.
Department:
FASHST History
Fields of Interest:
Modern German history; cultural history of modern Europe; theories and practices of memory; grassroots activism; the politics of space; Europe after the Cold War
Website:
history.yale.edu/people/jennifer-allen
Geography Focus:
Germany
Western Europe
Thematic Focus:
Culture
History
Memory
Period Focus:
Modern
Recent