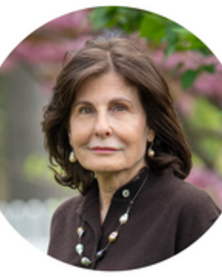 1981 Ph.D., Yale University, New Haven, CT, with a major in French and a minor in philosophy

1975 B.A., University of California at Berkeley with a major in French
Departmental Citation, Phi Beta Kappa

Alice Kaplan, Sterling Professor of French, is a specialist of 20th century France.  She works at the intersection of literature and history, using a method that allies archival research with textual analysis.  She is also a literary translator.

Her teaching and research have focused on the Second World War, the Liberation, and the Algerian War, and on the writers Céline, Proust, and Camus.   Recent courses include: The Modern French Novel (with Professor Samuels),  WWII in French Cinema, The Archives: Fact and Fiction, One Hundred Years of Swann’s Way; Camus: Politics and Passion in Postwar France ; Literature in the Era of Tyranny (with Professor Bromwich), Very Contemporary Fiction, and May 68: Building a Corpus (both with Professor Cadieu).  She has directed Ph.D. dissertations on Queer Theory, the Literature of WWII, Protestantism and French modernism, and mid-century murder trials, both as a single director and co-directing with her colleagues Professor Cadieu and Samuels.

Kaplan is a former Guggenheim Fellow, a member of the American Academy of Arts and Sciences, and a recipient of the French Légion d’Honneur as well the Los Angeles Times Book Prize in History (for The Collaborator) and the Henry Adams Prize (for The Interpreter).

Kaplan works in conjunction with many departments, programs and initiatives outside the French Department.

She  is the Co-Director of the Yale Translation Initiative at the MacMillan:

She is an affiliated faculty member in the Departments of Comparative Literature, Women’s, Gender, and Sexuality Studies, and the Humanities Program.  She currently serves on the executive committee of the Whitney Humanities Center and the Council for European Studies,  and she participates in the Program for the Study of Anti-Semitism and the Middle East Council’s intiative for a  Diverse Middle East.

Outside Yale, she is a member of the Writers Council of the American Library in Paris, and sits on the board of the French journal Critique as its New Haven correspondent.  She is currently serving as a jury member for the French Voices Book Prize, a translation subvention awarded by the cultural services of the French Embassy in New York.

Her articles and review have appeared in The Nation, The New York Times, Critique, and Yale French Studies, as well as the online magazine Contreligne.

The Collaborator: The Trial and Execution of Robert Brasillach (2000)

Looking for The Stranger: Albert Camus and the Life of a Literary Classic (2016)

Department:
FASFRE French Department
Fields of Interest:
Specialist of 20th century France. She works at the intersection of literature and history, using a method that allies archival research with textual analysis. Her teaching and research have focused on the Second World War, the Liberation, and the Algerian War, and on the writers Céline, Proust, and Camus
Website:
french.yale.edu/people/alice-kaplan
Geography Focus:
France
Western Europe
Thematic Focus:
History
Literature
Period Focus:
Modern