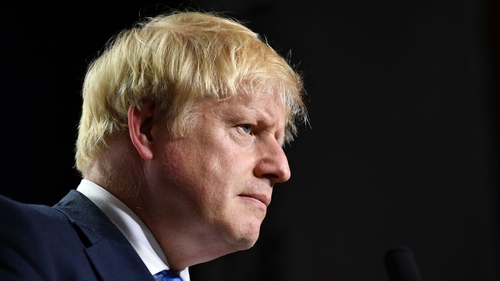 John Bercow, the Speaker of the British House of Commons, said it was a “constitutional outrage…an offence against the democratic process and the rights of Parliamentarians.”  Lord Heseltine, a prominent member of Margaret Thatcher’s governments and deputy prime minister in Sir John Major’s government, used the same words – “a constitutional outrage.” Former Chancellor of the Exchequer Philip Hammond said it was “profoundly undemocratic.” David Lidington, the former Cabinet minister and de facto deputy prime minister in Theresa May’s government, said it was “not a good way to do democracy” and “sets a very bad precedent for future governments.” Dominic Grieve, a Conservative and a former Attorney General, who in July had said it would be the “end of parliamentary democracy,” called it an “outrageous act…tantamount to a coup…unconstitutional.”

The Guardian and the Financial Times both called it “an affront to democracy.” More than a million people signed an online petition against it and protests against it took place in cities and towns throughout the country. In a YouGov survey conducted on Wednesday, 47 percent said it was unacceptable compared to 28 percent who said it was acceptable.

The “it” was, of course, Prime Minister Boris Johnson’s decision Wednesday to prorogue, or suspend, the Parliament. On Wednesday morning, after Johnson spoke with the Queen and requested an end to the current session of Parliament in the second sitting week in September (Sept. 9-12) and a Queen’s speech on October 14 that would begin a new session of Parliament, Jacob Rees-Mogg, the Leader of the House of Commons and Lord President of the Council, and two other members of the Privy Council flew to Aberdeen and went to Balmoral Castle to formally make the request and receive the Queen’s response, which was, of course, to prorogue Parliament.

Prorogation itself is not unconstitutional; indeed, it is the normal way a session of a Parliament is terminated. But what is highly unusual is the fact that this prorogation will last for roughly five weeks, during which there will be no debates and no votes; prorogation typically lasts for only a few days. Indeed, it’s the longest suspension of Parliament since 1945. And what makes it not only highly unusual but truly extraordinary, of course, is the fact that the UK faces in the next two months perhaps the most consequential decision it has faced since 1945 – and Parliament won’t be meeting, debating and voting for much of that time.

In a letter to all MPs on Wednesday, Johnson explained, briefly, why he had decided to prorogue the Parliament. He said the current session, which began after the June 2017 election, has lasted for more than 340 days (not counting days when Parliament was in recess), which, by a substantial margin, is longer than any other session in almost 400 years. One result of the unusually long session, he noted, is that parliamentary business has been sparse for some time.

More interesting than Johnson’s stated rationale for prorogation, however, is what he told the MPs about the path ahead in regard to Brexit. He said a central feature of the legislative program that will be set out in Queen’s Speech (which, of course, is written by the government) on Oct. 14 will be “the Government’s number one legislative priority, if a new deal is forthcoming at EU Council, to introduce a Withdrawal Agreement Bill and move at pace to secure its passage before 31 October.” He said he fully recognized that the debate on the Queen’s Speech will be an opportunity for MPs to express their view on the Government’s “legislative agenda and its approach to, and the result of, the European Council on 17-18 October.” And, he said, “Parliament will have the opportunity to debate the Government’s overall programme, and approach to Brexit, in the run up to EU Council, and then vote on this on 21 and 22 October, once we know the outcome of the Council. Should I succeed in agreeing a deal with the EU, Parliament will then have the opportunity to pass the Bill required for ratification of the deal ahead of 31 October.”

What is perplexing about Johnson’s decision to prorogue the Parliament, especially in view of the widespread condemnation of the decision which one would think he surely would have foreseen, is why, instead of prorogation, he didn’t appreciate the fact that he could have achieved almost the same result, in terms of limiting the amount of time available for parliamentary efforts to block a no deal exit, without incurring the intense wrath of all defenders of parliamentary democracy, including many within his party, by relying instead on the traditional parliamentary recess for the annual party conferences of the Liberal Democrats, Labour Party, and the Conservatives that occurs from mid-September to early October every year. If this year’s conference recess had run, as those in 2017 and 2018 did, from the Thursday before the Lib Dems conference begins to the Monday after the Conservatives conference ends, it would have begun on Sept. 12 and ended on Oct. 7. Given that Sept. 12 is in the second sitting week after Parliament returns from its summer recess on Sept. 3, the net gain in the amount of time during which Parliament would not meet because of prorogation instead of the normal party conference recess is little more than one week! Hardly worth the price of near-universal condemnation – and the distinct possibility of a vote of no confidence next week.

So why did Johnson opt for prorogation? His letter to the MPs makes the real reason, as opposed to the rationalization, apparent. After setting out the exceptionally tight sequence of dates – Queen’s Speech on Oct. 14, European Council meeting on Oct. 17-18, vote on the overall program and approach to Brexit on Oct. 21 and 22, and then, prior to Oct. 31, the vote on the Withdrawal Agreement – Johnson said, “Finally, I want to reiterate to colleagues that these weeks leading up to the European Council on 17/18 October are vitally important for the sake of my negotiations with the EU. Member States are watching what Parliament does with great interest and it is only by showing unity and resolve that we stand a chance of securing a new deal that can be passed by Parliament.”

For Johnson, “showing unity and resolve” means showing the EU that the UK is quite willing to drive, like Thelma and Louise, over the cliff edge to a no deal exit, no matter how painful economically that would be, if it doesn’t get the deal it wants – which is the deal on offer minus the Irish backstop. Any evidence of a lack of “unity and resolve” – for example, by Parliament enacting legislation that would prohibit a no deal exit – would, from Johnson’s perspective, destroy whatever leverage the UK has vis-à-vis the EU because of the considerable economic cost a no-deal exit would inflict on the other member states – most notably, of course, on Ireland, but on other member states as well.

Johnson was no doubt motivated to ask the Queen to suspend the Parliament in part by the agreement reached the day before by five opposition parties to work together to oppose a no deal exit. Representatives of the Liberal Democrats, Scottish Nationalists, Greens, Plaid Cymru, as well as the Independent grouping of MPs accepted Corbyn’s invitation to meet with the Labour Party leadership to discuss how they might prevent a no deal exit. They agreed that on Sept. 3 when Parliament returns from its summer recess they would seek an emergency debate under House of Commons Standing Order 24 and, if the Speaker allowed a debate, would set aside time to introduce legislation that would force Johnson to ask the EU for another extension of the date on which the UK will leave the EU. Corbyn, for his part, agreed to drop, at least for the time being, his plan to call for a no confidence vote in Johnson, after which, if successful, he would form a caretaker administration that would call an election that, if won by the opposition parties, would call a new referendum on remaining in or leaving the EU. But the parties agreed that would remain as a last ditch “nuclear” option.in the event they weren’t able to enact legislation directing the government to request another extension in the exit date. The obvious advantage of the alternative plan to introduce and enact legislation that would direct the government to request an extension of the exit date is, of course, that many MPs, including many Conservative MPs would be much more willing to support that legislation rather than pursue the option that would presumably bring Jeremy Corbyn to 10 Downing St.

A number of individuals, including former prime minister Sir John Major, are so appalled by Johnson’s prorogation decision that they are considering appeals to the courts and several have already filed appeals. But the Queen’s decision can’t be reversed either by the courts or the Parliament – unless, of course, the opposition parties call for and win a vote of no confidence in Johnson, then form a government that can command a majority in the House of Commons and request the Queen to terminate the prorogation.

So the question now is whether, when Parliament returns on Tuesday from its summer recess, the opposition parties, with help from the Speaker and some Conservative MPs such as Hammond and Grieve, will be able to prevent a no-deal exit on Oct. 31 and, failing that, will pass a motion of no confidence in Johnson that might lead, eventually, to a new government, a new election and perhaps a new referendum on remaining in or leaving the EU. In the meantime, faced with the considerable opposition of many Tory MPs to prorogation and the possibility that a good number of them will support the opposition’s effort to prevent a no deal exit, Johnson has committed himself to stepping up the pace of talks with the EU on a new agreement that would enable the UK to leave on Oct. 31 with a deal.

David R. Cameron is a professor of political science and director of the MacMillan Center’s Program in European Union Studies.