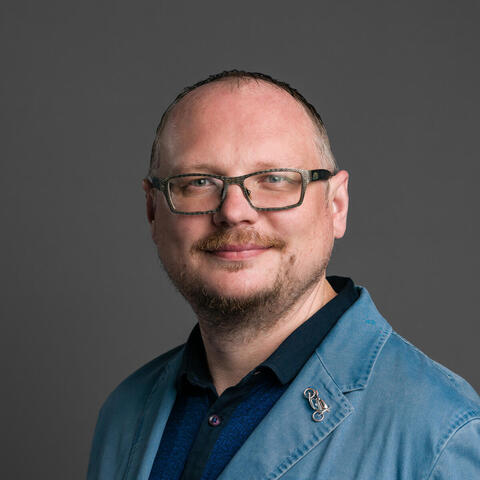 Andrei Kureichik is a Belarusian playwright, director, publicist, and civil activist. As a writer and director prior to 2020, Andrei was especially beloved for his comedies and suspense thrillers. Following the contested presidential elections and brutal aftermath in Belarus in August 2020, Andrei gained an international following as a political playwright. Forced to flee the country as a member of the Coordination Council working with perceived winner Sviatlana Tsikhanouskaya’s transition team, Andrei leveraged his creative energy to produce the documentary play “Insulted. Belarus(sia)” about the 2020 presidential elections, subsequent protests, and violent crackdown by Alexander Lukashenko’s regime in Belarus. The play has been translated into 29 languages and received 200 readings and performances across the globe. Articles about the play have been published in Plays International and Europe, Contemporary Theatre Review, the Boston Globe, Dialog, and Theatre Journal.

As a member of the Coordination Council of Belarus, he was awarded the 2020 Sakharov Prize by the European Parliament. In 2020 Andrei founded the YouTube civil rights channel “Alternative Blogovision” which in one year became one of the leaders of the Belarusian segment of YouTube with more than two million of views per month.

Open to the Yale Community Only, email european.studies@yale.edu